Crisis of Confidence:
​Understanding Why Americans Have Lost Faith in our Institutions

A 2018 Conference of the McCourt School of Public Policy
​Organizer: Jonathan M. Ladd 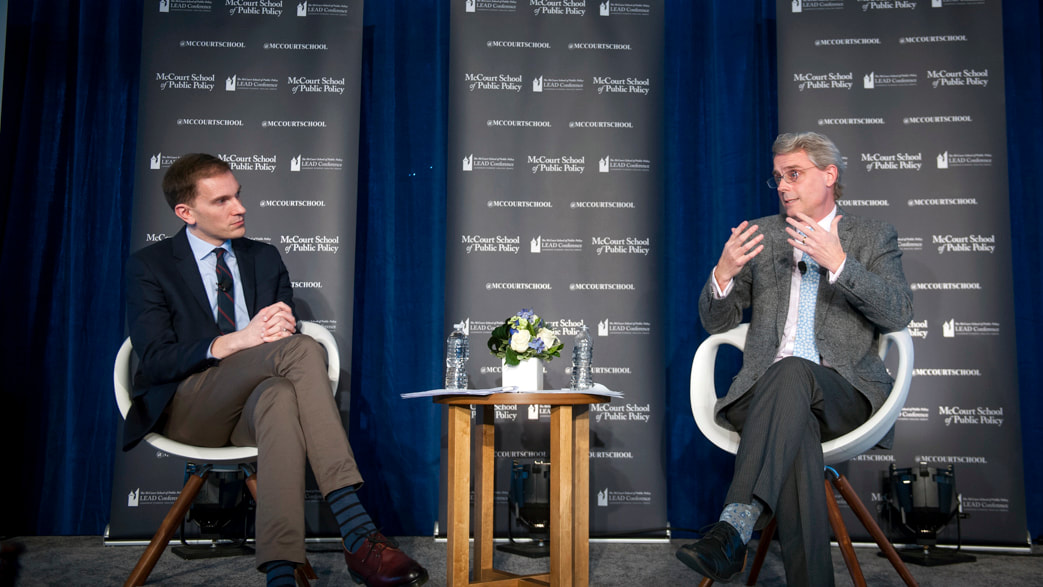 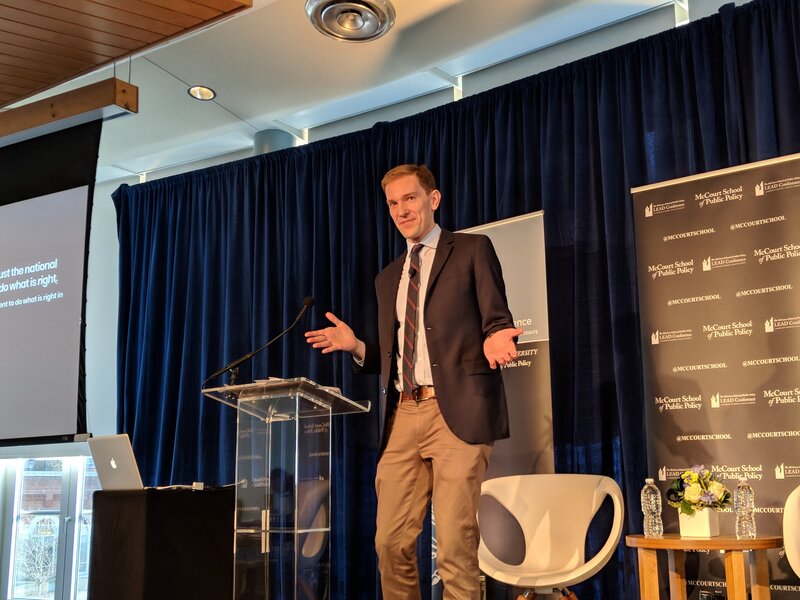 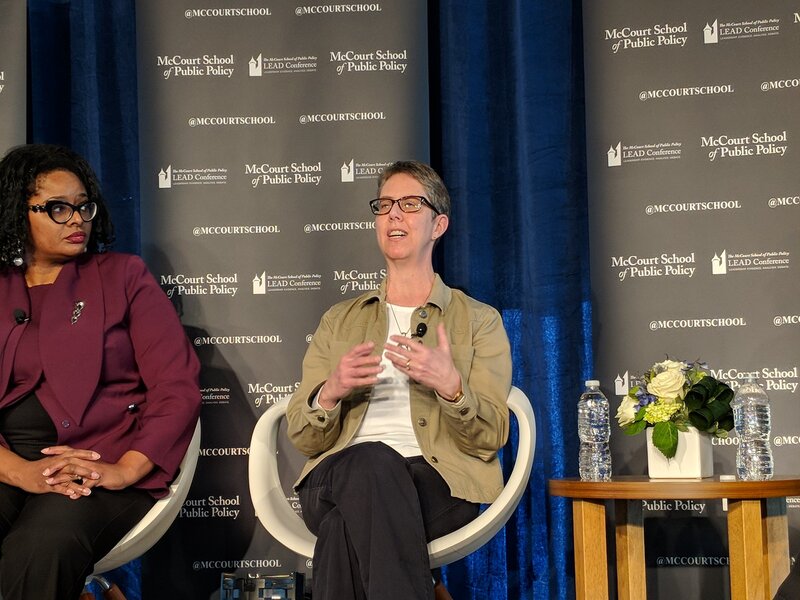 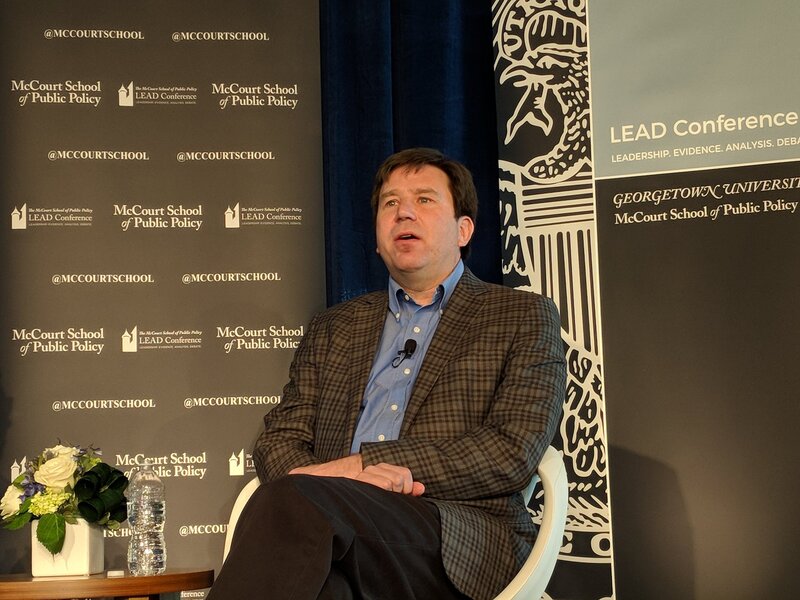 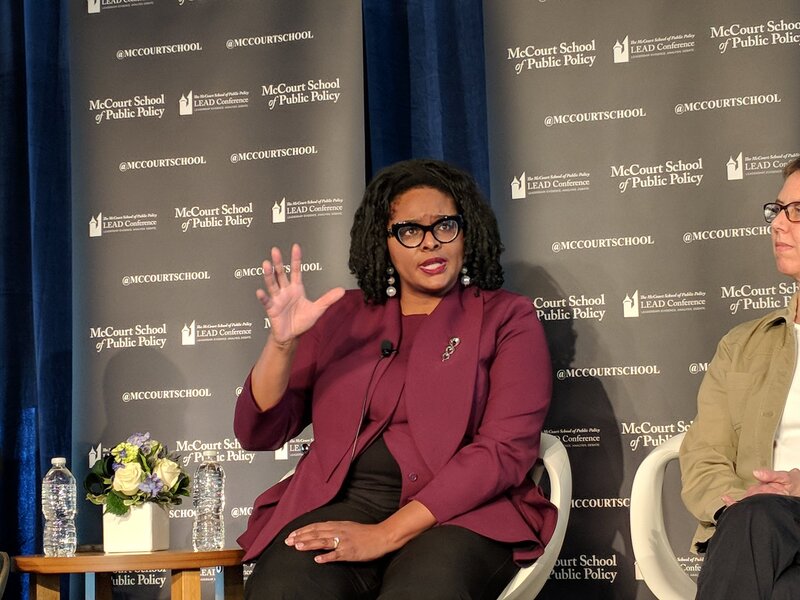 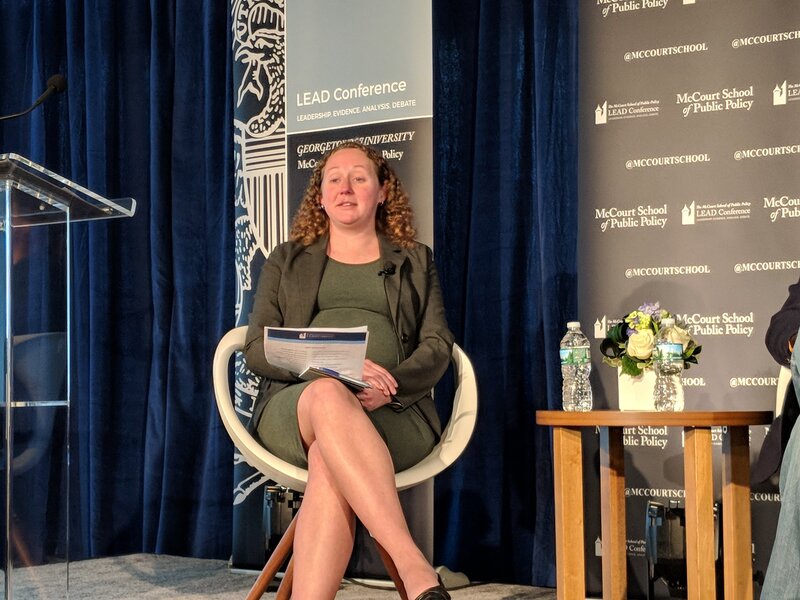 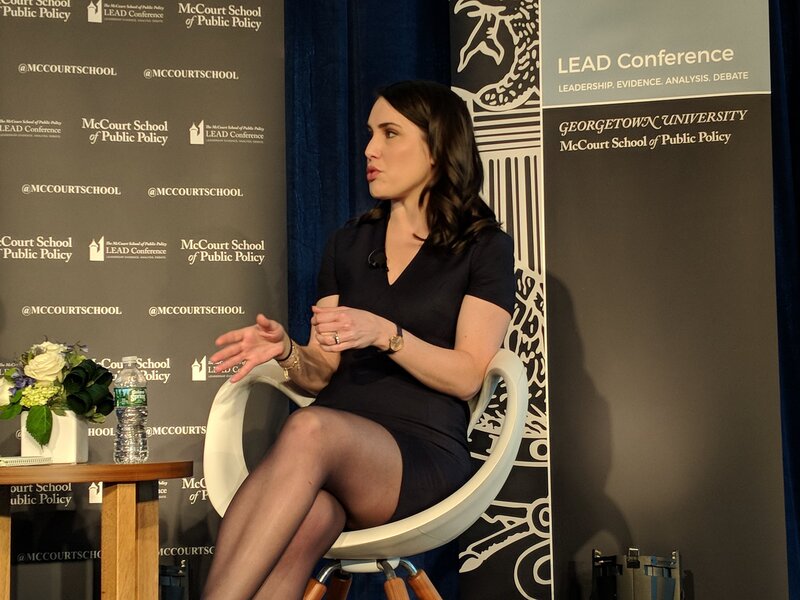 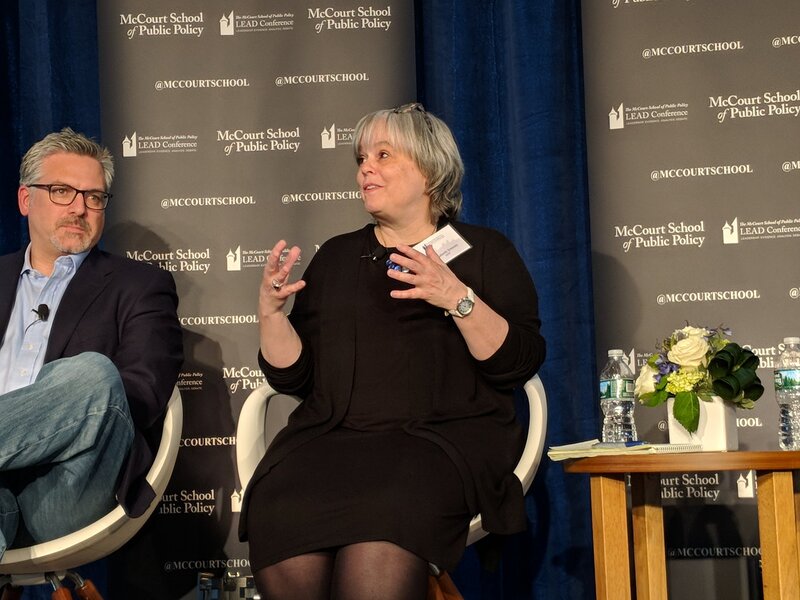 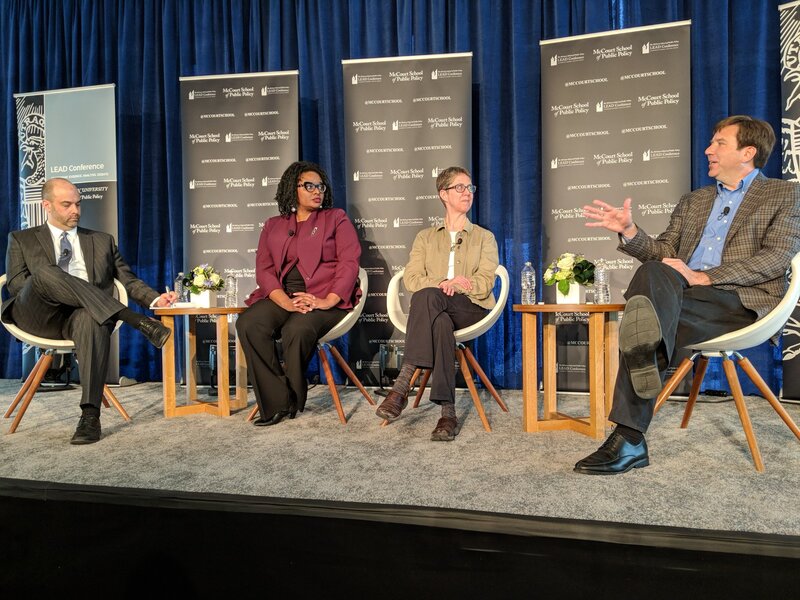 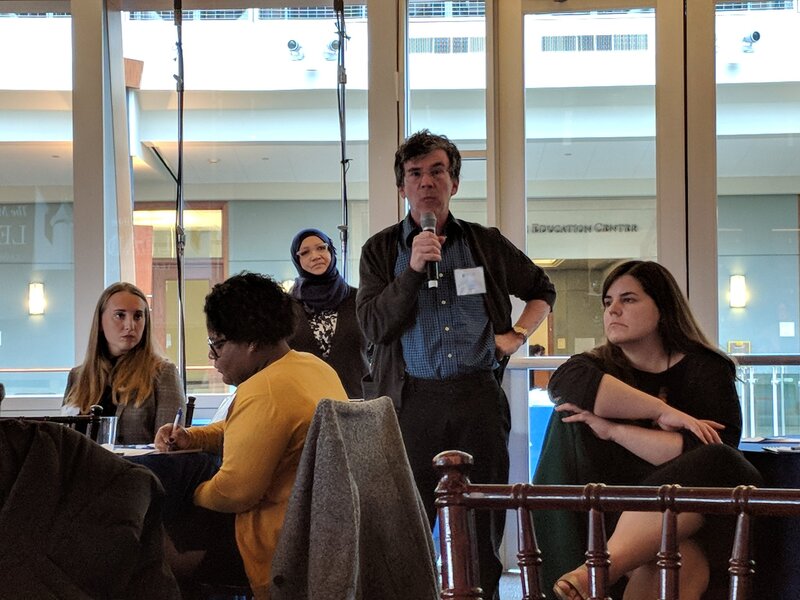 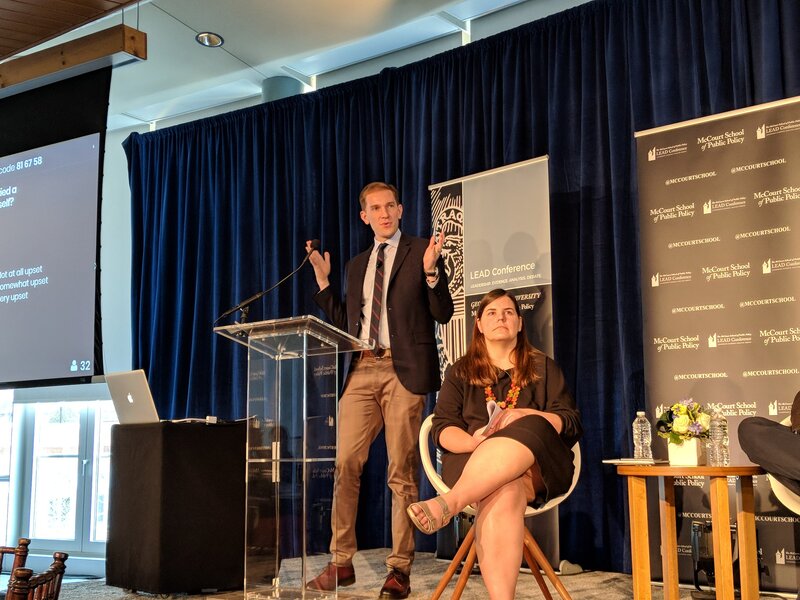 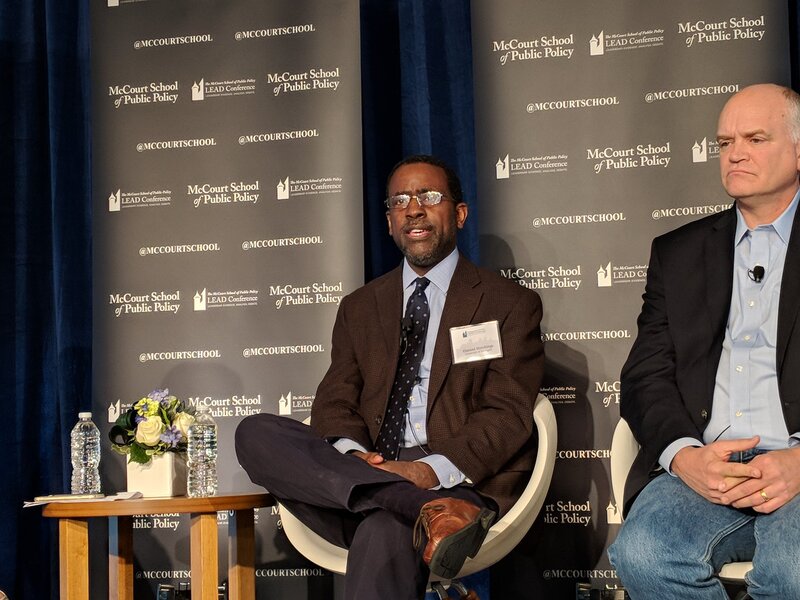 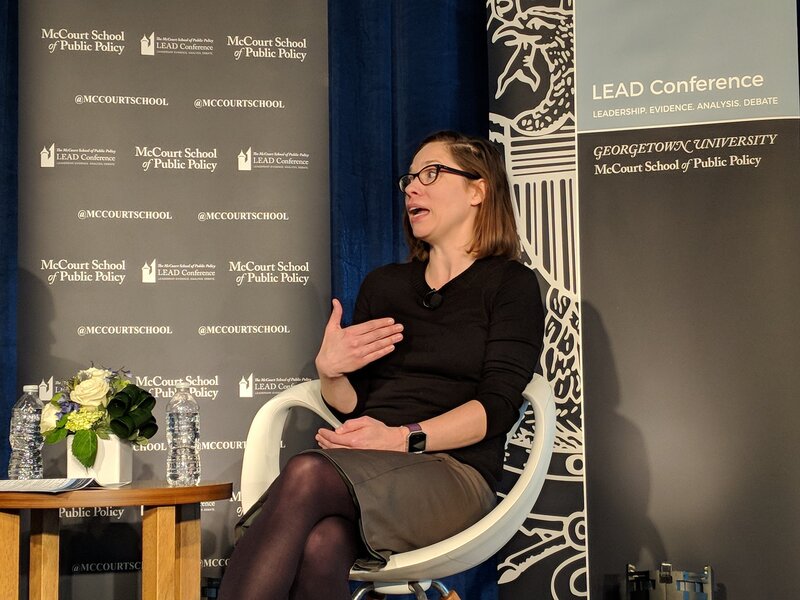 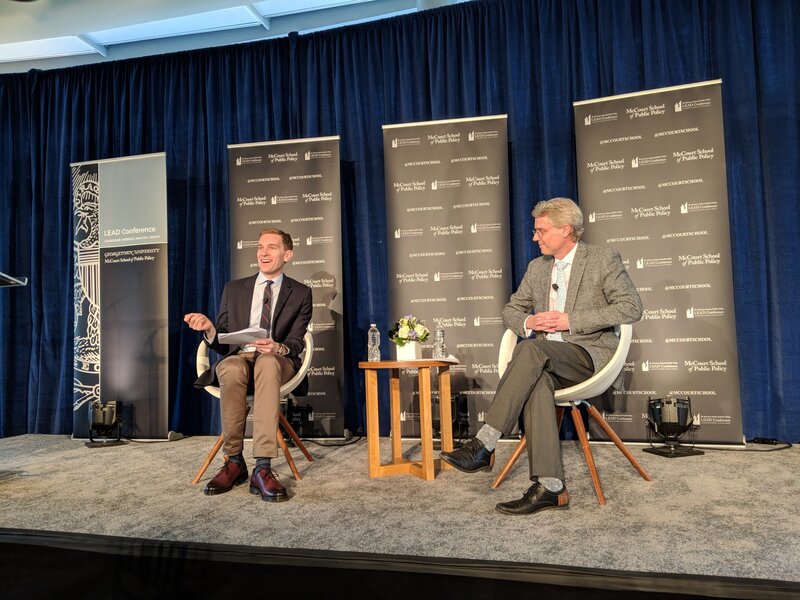 A new initiative aimed at building solutions for declining trust in institutions, greater political polarization and weakening support for democratic principles was announced this week at the McCourt School of Public Policy’s annual LEAD conference.

The Baker Poll, a new initiative by the Knight Foundation and McCourt’s Baker Center for Leadership & Governance, is designed to create a better understanding of such attitudes among the public and how they are connected to technological change.

“There are a lot of people who at this time when the American system … needs defending, aren’t sure it’s worth defending, and often for legitimate reasons,” said McCourt School of Public Policy professor Jonathan Ladd, who directs the poll.

The Baker Poll is especially interested in going beyond closed-ended polling questions by also using open-ended questions in our nationally representative survey, allowing people to explain, in their own words, their thoughts on American national institutions and the state of our democracy.

The first Baker Poll will take place this year.

Ladd made opening remarks to a group of leading policy and media experts at the LEAD conference on "Crisis of Confidence: Why Americans Have Lost Faith in Our Institutions."

Three panels at the conference addressed the loss of trust in institutions, communities and the media.

Elizabeth Theiss-Morse, a professor at the University of Nebraska, argued that the loss of trust is a predictable development of industrialized democracies’ greater transparency.

“The processes of democracy are pretty messy and inefficient,” she said. “When people see what’s happening and they don’t like seeing what’s going on… their trust declines precipitously.”

University of Connecticut professor Shayla Nunnally’s suggested there is a common perception of a zero sum game between racial and ethnic minorities, and low-income Whites.

“I think that the expressions of that zero-sum feeling on behalf of [white people] has become manifested more openly in this particular political climate,” she said.

Ron Fournier, publisher and editor at Crain’s Detroit Business, expressed concerned about the current state of politics during the second panel.

“We don’t vote out of love anymore, we vote out of hate,” he said. “Nobody really likes their party but they hate the other one most. Until we get back to a time when we are voting for something, this country is in a world of hurt.”

Trust and the Media

Social media has magnified the problem of “filter bubbles,” Hadas said, which expose users to information that confirms their preexisting beliefs.

“We really should be focusing on news literacy starting younger, and starting in schools,” she said. “It would be wonderful if all English classes were required to teach how to be a smart news consumer.”

Hayes argued that it’s impossible to get unbiased news reporting.

“The ideological bias over the years has created distrust particularly among the right half of the political spectrum,” he said

LEAD concluded with a conversation between Ladd and Pew Research President Michael Dimock on how political polarization affects trust in institutions.

“What’s really unique about [party polarization] now is this overlay of identity and how we identify ourselves really, at a very distinct personal level, with party labels,” Dimock said.

Dimock also discussed his latest focus at Pew, sharing his interest in the latest polling and survey methods to reveal people’s true values and issue priorities.

“Part of what I am interested in right now is how we can we better understand the ways in which people are acting on information, as a better signal of what they trust than what they tell us they trust and don’t trust.